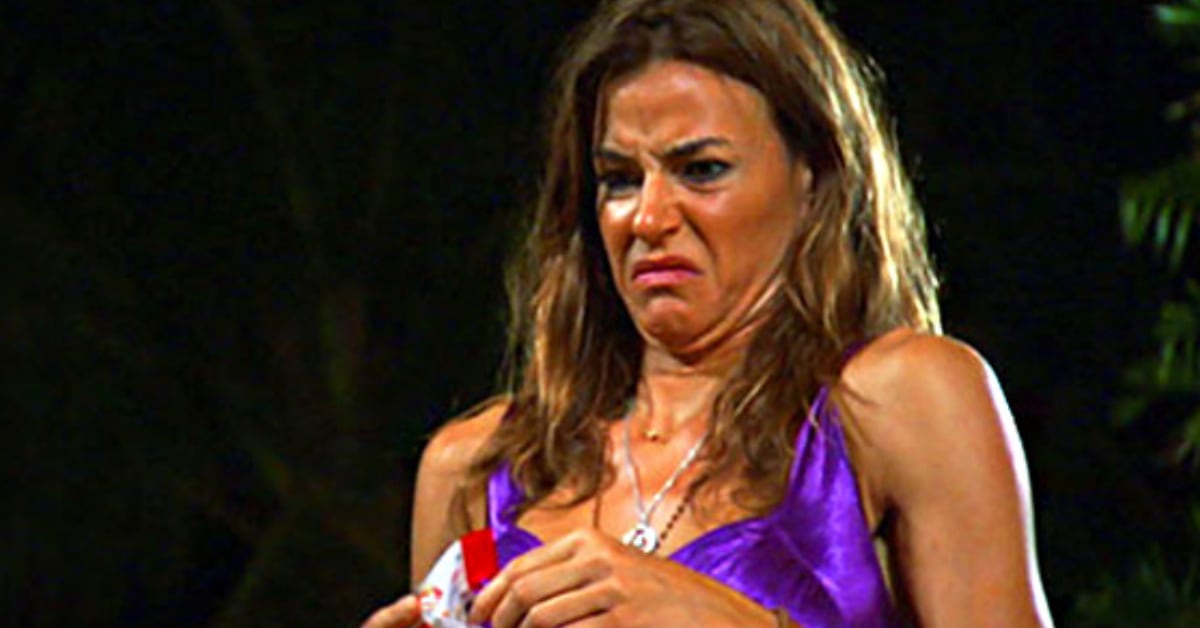 Get out the jellybeans! The former housewife star spilled all of the tea on the infamous Real Housewives of New York Season 3 trip.

Real Housewives fans took a collective 24-minute pause on Monday night after former Real Housewives of New York star, Kelly Killoren Bensimon, dropped a video on YouTube called, “CLOSURE. Truth about Scary Island.” For years, fans have wondered the story behind the now infamous episode in which Kelly, as Bethenny Frankel put it, went “cuckoo for Cocoa Puffs” while on a girls’ trip to St. John. Well, for some inexplicable reason, Kelly has just now decided to clear the air in a lengthy YouTube post that is, frankly, just as meandering as you would expect from a Housewife who once famously ran down 5th Avenue in traffic.

Kelly begins her 24-minute monologue by stating, “I am excited and really nervous to have this conversation with you, but I think it’s really important. I need to have closure and want us all to have closure on what happened on Scary Island.” Pop the Pinot Grigio, because we are IN!

In case you somehow forgot- the Scary Island episode (officially titled, “Sun, Sand And Psychosis”) centered around an unforgettable dinner party in which Kelly and Bethenny butted heads. It’s a shame because, honestly, the meal that Bethenny prepared for the girls truly does look delicious- but, then again, she is a COOK, not a CHEF- so what do we know???

Prior to the meal, Kelly had already displayed erratic behavior when she burst into tears after receiving a personalized Skinnygirl gift bag at her door, prompting her to state that her castmate Bethenny had, “knives on her tongue.” Also, who could unsee the photoshoot that Kelly led down on the beach with castmates, Ramona Singer, Sonja Morgan, and Alex McCord in which she told Alex to soften her look by making a “Johan face.”

The “truth” is revealed

In this new tell-all video, Bensimon states that she was immediately hesitant to go on this trip being that she KNEW she would be “alone on Scary Island with no friends.” Her two allies in the cast, Luann de Lesseps and Jill Zarin, both stayed back in NYC. (Well, in Jill’s case- almost stayed back…. “Hiiiii”)

Bensimon stated that she “didn’t understand the nature of the show” and that every time she went into a new scene, she felt like she was “a new girl in school.” Later in the video, she goes into detail about how one specific housewife would constantly refuse to film with her. While she doesn’t divulge names, you don’t have to be Nancy Drew here to pick up that she’s referring to Bethenny Frankel.

The beginning of Bensimon’s downfall seems to have been when the cast was on the boat to St. John and she learned that one of her castmates had a “very traumatic health issue.” Kelly immediately thought “I don’t want to film. I can’t be around this.” It’s not immediately clear who Bensimon is referring to but, again, you can use enough context clues to assume she’s referring to Bethenny who was pregnant at this time. This news clearly shook the former model enough to purposefully “not be around any situations in which there would be raised blood pressures.”

Perhaps the most relatable and understandable issue arose when Kelly received a phone call from her young daughter who was crying and said, “You need to come get me immediately.” Petty drama aside, any parent can relate to the emotional anguish of being separated from your kids while knowing that they need you. It was allegedly at this point of the night that Kelly told producers she would be leaving the trip the next day to go take care of her daughter.

My reactions towards her actions were legitimate. If you attack a human being, they’re going to attack you back. And if you have bad behavior, you’re always going to be “down here.”

Already emotionally distressed over her kids needing her back in NYC, Kelly clearly didn’t enter this dinner scene in the best emotional headspace. All that being said, we didn’t REALLY learn too much new information from this “Closure” video. Kelly basically just retreads on themes that scholars of the Real Housewives could have already inferred. She was upset at Bethenny for allegedly leaking stories about her to the New York Post. (Tale as old as time…) She was also “worried” for Bethenny’s health, and ultimately just wanted to get home to her kids.

Bensimon doesn’t offer any evidence of Bethenny trying to kill her “so many times.” We also still don’t have an explaination of why Kelly would accuse Alex of “channeling the devil,” having seen her in Kabuki makeup. Ultimately, it seems as though this was a pressure cooker of an environment and Kelly just snapped.

After Season 3 of RHONY, Kelly left the show for obvious reasons. The now real estate professional goes on to explain how grateful she is that she was able to pivot from her role on the Real Housewives to other ventures. And yet, clearly the light in which Bensimon was portrayed on the show contines to haunt her. Kelly warns viewers to be careful when watching reality television. You can have root for certain characters and hate others, but ultimately it’s important to keep in mind that this is entertainment.

Mental health is not a joke…. What if I were mentally ill? What if I did have something that was seriously wrong with me?

Kelly concluded her video with this message- “Whether you like me or not, the takeaway from this entire message is be kind.”

You can watch Kelly’s entire video below:

The new season of RHONY premieres on May 4th! Download PopViewers and join in on the conversation!