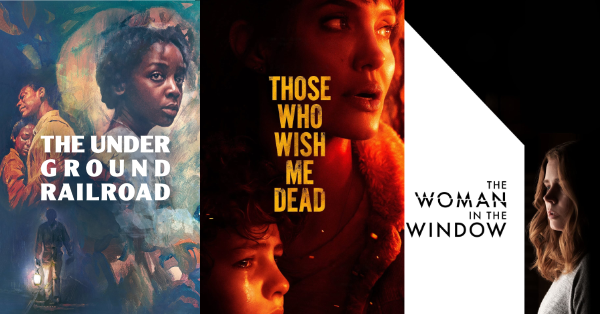 With all of this incredible content dropping, you might just want to pull an Amy Adams and stay at home all weekend long!

Based on the critically acclaimed novel by Colson Whitehead, this series (directed by Barry Jenkins) follows Cora, an enslaved Black woman in Georgia, as she boards a train on a harrowing trip to freedom. To be clear- this story takes place in an alternate universe in which the underground railroad is literal rather than metaphorical. The series has already been called the most ambitious take on American slavery since “Roots” and the daily production budget exceeded the entire budget of Jenkins’ Oscar-winning film, “Moonlight.” Needless to say… we’re definitely on board for this one!

Those Who Wish Me Dead

In theaters and on HBO Max

Angelina Jolie is back in action and this time she’s playing a smoke jumper haunted by the loss of three lives she failed to save from a fire. Her life changes when she comes across a traumatized 12-year-old boy in the woods with nowhere to go. As she tries to return him to safety, she realizes that she’s become engulfed in a fire larger than she’s ever seen before. With a cast featuring Jolie, Nicholas Hoult, and Tyler Perry- you just know this one’s gonna be ????!

The Woman in the Window

This long-awaited Amy Adams thriller is finally here! Based on the best-selling novel, this movie follows Dr. Anna Fox, an agoraphobe, who becomes obsessed with the seemingly perfect family that lives across the street after witnessing something that she shouldn’t have. Listen- we’ve all gone a bit nuts after having spent the past year trapped inside of our homes. Perhaps this movie is the perfect tonic to let us know that it could have been much worse.

It’s Jean Smart’s world and we’re all just living in it! In this new HBO Max series, Smart plays a legendary Las Vegas comedian who forms an unconventional mentorship with an outcast millennial comedy writer.

This mockumentary musical drama is back for Season 2 and this time the students at East Side High are putting on Beauty and the Beast. If you’ve been around anyone under the age of 25 this past year, you’ve undoubtedly heard the show’s star, Olivia Rodrigo’s, hit song “Driver’s License” played ad nauseam. (For those not in the know- the song is all about her co-star in the series, Joshua Bassett, who broke up with her to date another actress in the series.) Leave it to the drama kids!

This new Ryan Murphy Netflix series stars Ewan McGregor and tells the story of the legendary fashion designer, Halston’s rise to fame in NYC during the 70s and 80s.

In this French foreign film, a woman wakes up in a cryogenic chamber with no idea how she got there and must find her way out before running out of air.

This six-part FX docuseries chronicles the fight for LGBT rights in America. All six episodes focus on different decades and are directed by six renowned LGBTQ+ directors. It’s the perfect way to gear up for Pride month!

Does This "Old" Movie Hold Up? 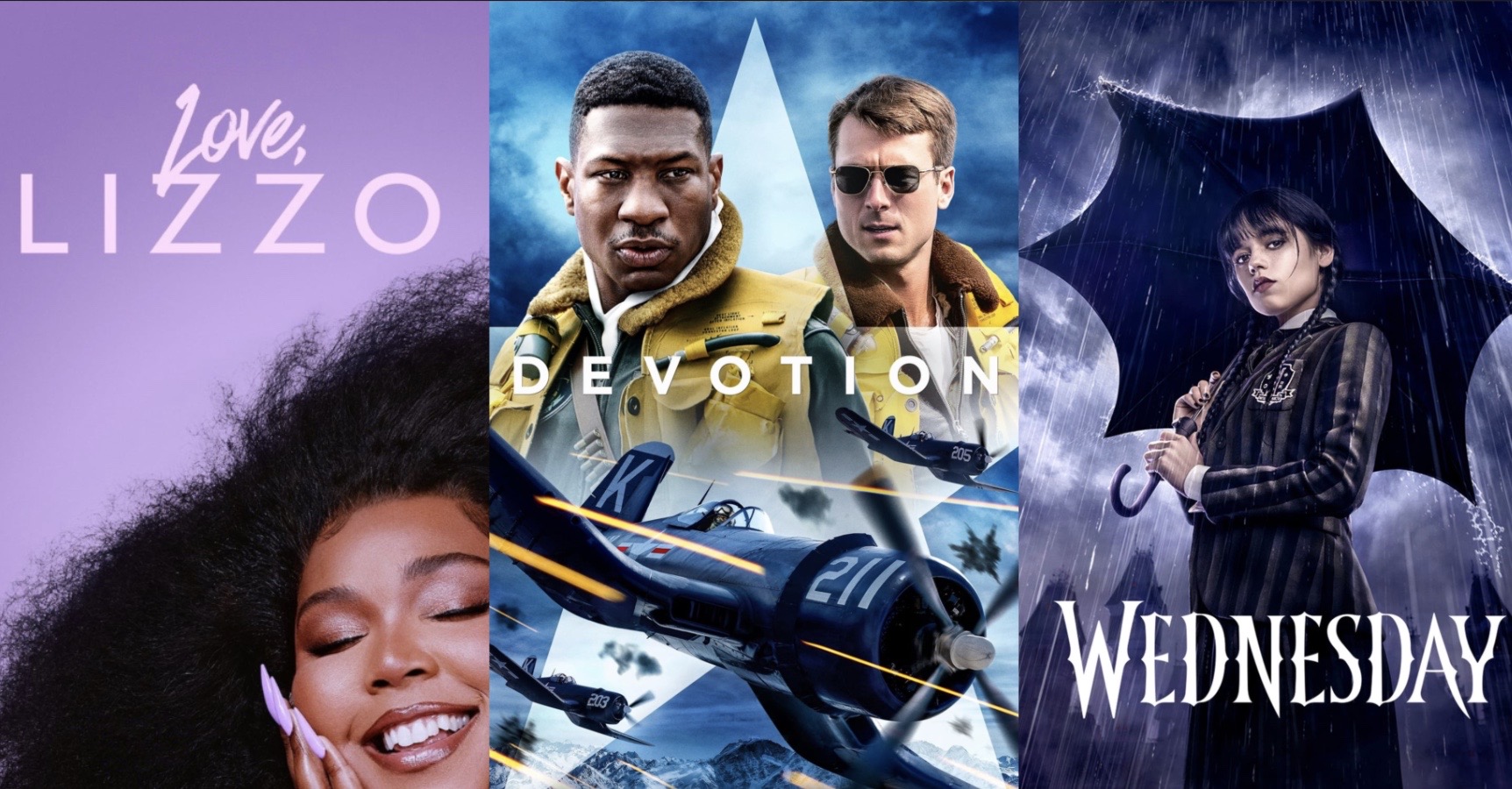 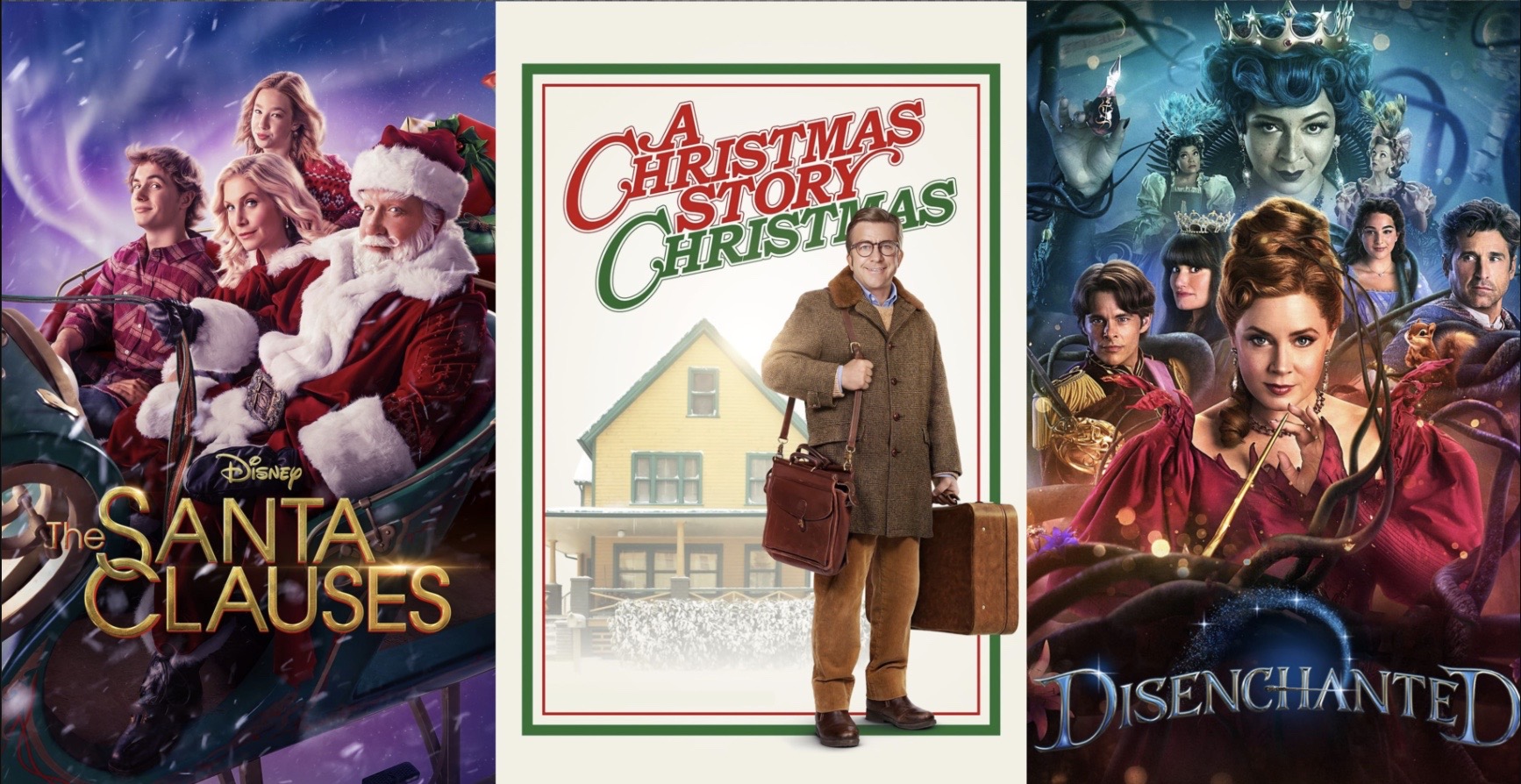