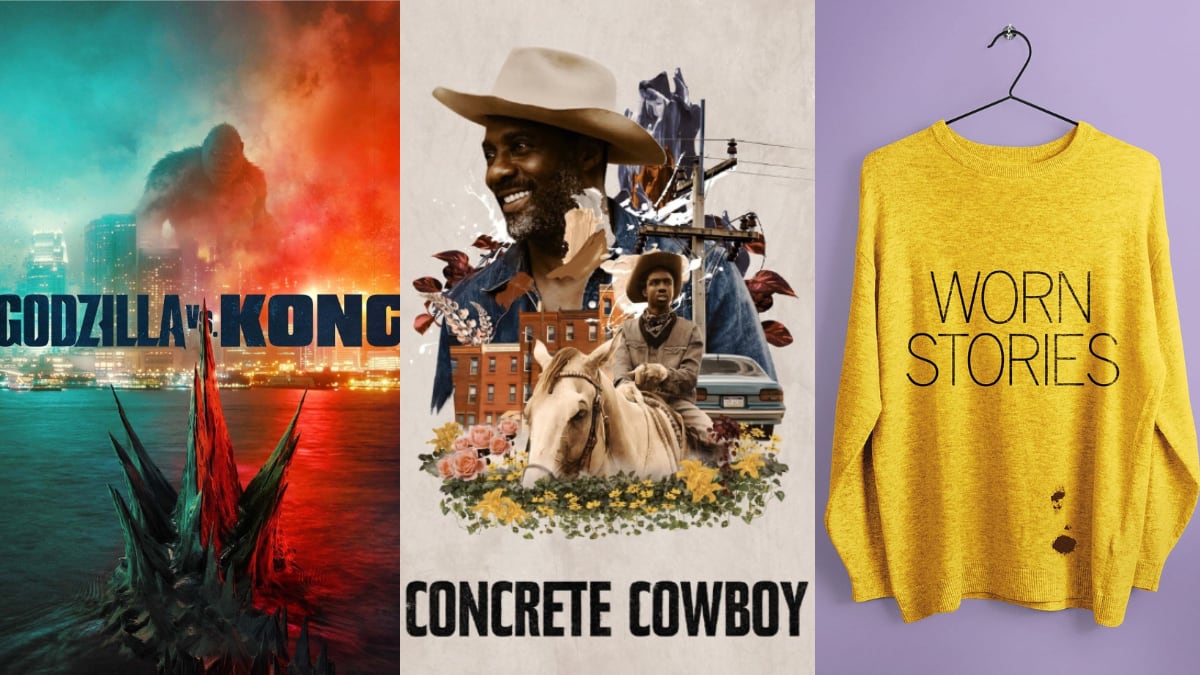 Save the hunting for the eggs this weekend! We've got your scoop on all of the new content that's poppin'!

Forget the monster mash- how about a monster movie mashup?!? Tbh, the title really tells you all that you need to know about this one. Kong is on a quest to find his true home but is disrupted by Godzilla who is currently occupied with destroying the world. Nbd… Yes, the movie also features human stories and critics have actually praised the story development- but let’s be real, we’re all here for the big, epic, fight scenes between these two monsters- and this movie delivers! This is one of those films that was scheduled to be released last summer as a big blockbuster but is now streaming directly on HBO Max the same day it premieres in theaters. Find the person in your pod with the biggest TV and best surround sound and enjoy!

An impressive directorial and writing debut from Emma Seligman, Shiva Baby tells the story of a young, directionless, bisexual Jewish woman who attends a shiva with her family. Hilarity and awkwardness ensue when she encounters both her ex-girlfriend and sugar daddy there as well. Featuring a fantastic performance by Rachel Sennott, this coming-of-age story will have you cringing and laughing all at the same time.

Alright- admittedly, cowboys are not typically the first thing that comes to mind when you think of Philadelphia. (Especially black cowboys!) But, believe it or not, this movie is based on real-life urban horse riders! Starring Idris Elba, the film is centered on a rebellious son who gets sent to live with his estranged dad for the summer and ultimately finds community among a group of urban cowboys. Tune in for a moving family drama that shines a light on an often forgotten about corner of American culture.

You know that item of clothing that you just can’t let go of? If our clothes could talk, what story would they tell? Based on Emily Spicack’s best-selling book and produced by Jenji Kohan (Orange Is The New Black, Weeds) this charming docuseries follows the lives of individuals who have entire stories to tell surrounding one piece of clothing. The premise sounds simple enough, but you’ll quickly find yourself invested, touched, and entertained by these tales. Chances are, you may never think about your clothes the same way again!