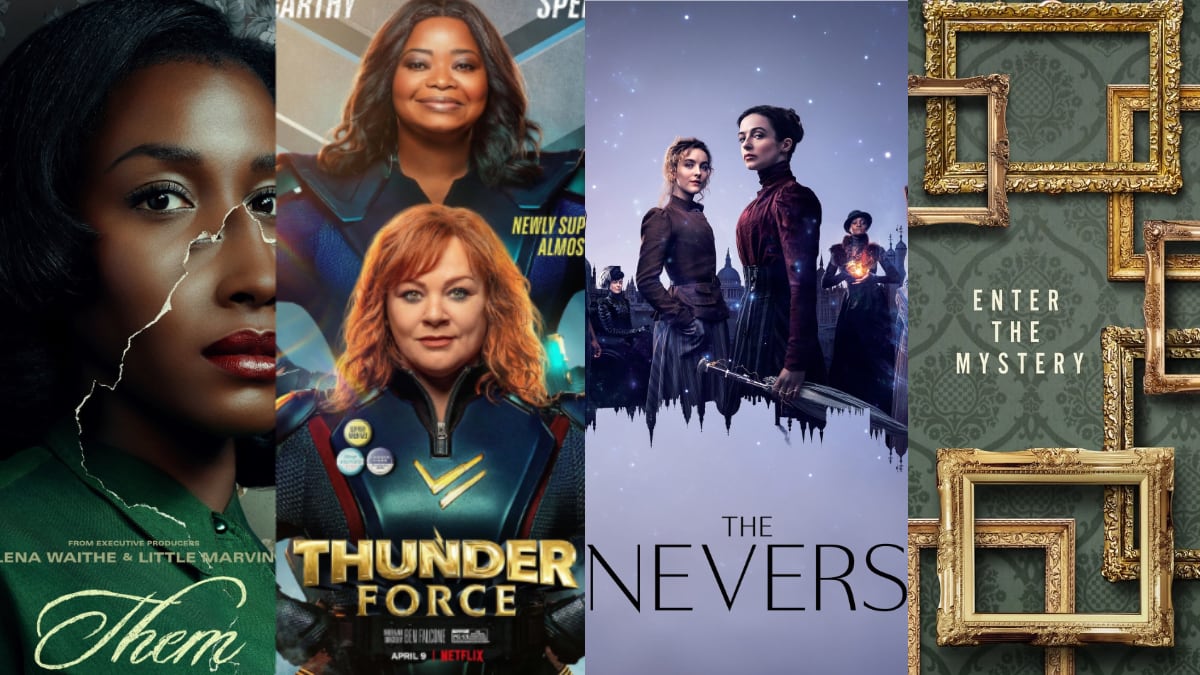 From superheroes to the supernatural, we've got your weekend entertainment covered!

This series takes being a bad neighbor to a WHOLE new level. If you’re a fan of Jordan Peele’s “Get Out” and “Us” this is one you’re going to want to check out! Created by Little Marvin and executive produced by Lena Waithe, the first season of Amazon’s new horror anthology series tells the story of a Black family in the 1950s who move from North Carolina to the all-white neighborhood of Compton in Los Angeles. As the family is forced to fight for their lives against forces both supernatural and right next door, it soon becomes clear that their seemingly idyllic home is anything but.

A crime-fighting superhero duo comprised of Octavia Spencer and Melissa McCarthy?!? YES, please! In this movie, McCarthy’s character, Lydia, reunites with her childhood best friend, Emily (Spencer), who has created technology that gives regular people superpowers. Chaos and hilarity ensue when Lydia messes with the technology and accidentally grants the pair superpowers, leaving it up to them to save Chicago from a villain known as “The King.” With this pair of ladies, you can expect some great laughs and a film that lovingly pokes fun at your favorite comic book movies.

It’s London in the late 1890s, and a mysterious incident has left a growing number of people, mainly women, unusually transformed. This group forms a new underclass, known as “the Touched” and, together, they join forces to fight for the underrepresented. Unfortunately, this series comes with almost as much drama off-screen as there is on! The series parted ways with its creator, Joss Whedon, last fall after he was accused of workplace misconduct. While, typically, one would hope to be able to separate the art from the artist- this entire series has Whedon’s fingerprints ALL over it and critics have not been kind. However- if you’re in the mood for a supernatural twist on Victorian London, with that signature, high-budget, HBO sheen- this one is worth checking out!

THIS IS A ROBBERY: THE WORLD’S BIGGEST ART HEIST

It was one of the crimes of the century and we still don’t know who was responsible! In 1990, two men posing as members of the Boston Police Department gained entry into the Isabella Stewart Gardner Museum and walked out with 13 works of art, valued at $500 million. This four-part documentary explores how these men pulled this off and also questions why no one has yet to squeal on them. PS- if you have any leads, or have some spare time to catch some art thieves, there is still a $10 million reward for information leading to the art’s recovery!