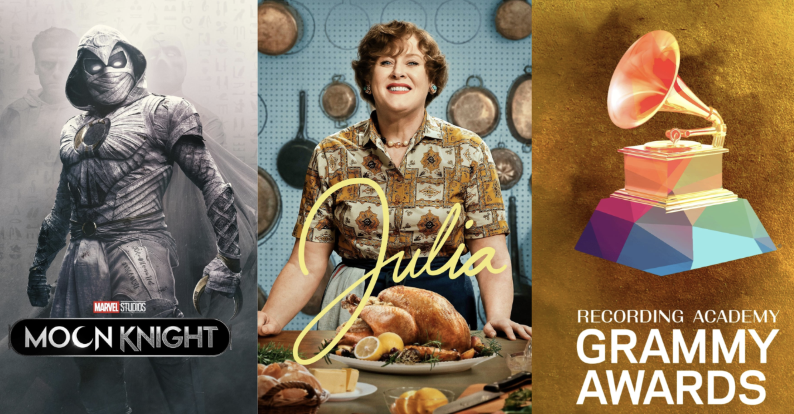 Whether you're looking for action, comfort food, or simply some great music, there is a little something for everyone this weekend. Here's what's poppin'!

Another week, another Marvel series on Disney+. This one stars Oscar Isaac as a former U.S. Marine struggling with dissociative identity disorder who is granted the powers of an Egyptian moon god. He soon comes to discover, however, that these powers are as much of a curse as they are a blessing. Throughout the series, he must face off against the villain Arthur Harrow, played by Ethan Hawke. Jam-packed with action, suspense, and comedy the show promises to be a wild ride that MCU fans will want to tune in for.

Okay, we’re gonna need you to leave your best Julia Child impression on the app for this one! Set in 1960s Boston, this series follows Julia Child’s rise to television stardom. The mother of all cooking shows, Child brought the art of French cooking to the American masses. Her path to success, however, wasn’t all roast chicken and omelets. The series stars Sarah Lancashire as Julia along with David Hyde Pierce playing her husband. Bon appétit!

THE GIRL FROM PLAINVILLE (Watch on Hulu)

This series is a dramatization of the 2014 “texting suicide” case that saw Conrad Roy kill himself after receiving encouraging text messages to do so from Michelle Carter, the girl who he was in a long-distance relationship with. Starring Elle Fanning and Colton Ryan, the show attempts to present a fully dimensional portrait of these two teens whose stories become easily sensationalized by the media.

Don’t you just hate it when you’re trying to cure yourself of a rare blood disease and end up turning yourself into a vampire instead? This is the basic premise of this addition to Sony’s Universe of Marvel movies. The film stars Jared Leto in the titular role and should fulfill the desire of audiences wanting to sink their teeth into an action-packed adventure this weekend.

BETTER NATE THAN EVER (Watch on Disney+)

This one is for the theater kids and the theater kids at heart out there! This musical movie tells the story of Nate Foster, a theater-loving teenager who escapes to New York City to make it on Broadway! The movie features Lisa Kudrow, Joshua Bassett, and Reuby Wood. The movie is also notable as this will be the first Disney film that features a lead character who is gay. Bravo for representation.

THE OUTLAWS (Watch on Prime Video)

Christopher Walken stars in this British dramedy about seven strangers fulfilling their community service sentences who all become inextricably linked to one another when they discover a bag of stolen cash at their worksite. Part crime thriller, part workplace comedy, this series is unlike anything else on television at the moment.

Looking for an old-school British spy thriller? “Slow Horses” is the show for you! Gary Oldman stars as the head of a rag-tag team of British intelligence agents who have all been grouped together because of their career-ending mistakes. When push comes to shove, however, it ends up being their set of mismatched skills that end up meshing perfectly to save the day and accomplish what the establishment could not. Oh, also the show’s theme song is written by Mick Jagger.

THE BUBBLE (Watch on Netflix)

Co-written and directed by Judd Apatow, this satirical comedy is about a group of actors all stuck inside a pandemic bubble as they attempt to film a sequel to a film about flying dinosaurs. Does it feel too soon to laugh about the bizarre circumstances that Covid threw at us? Perhaps… but if you don’t laugh you’ll cry, so we’ll try our hand at a comedy first. 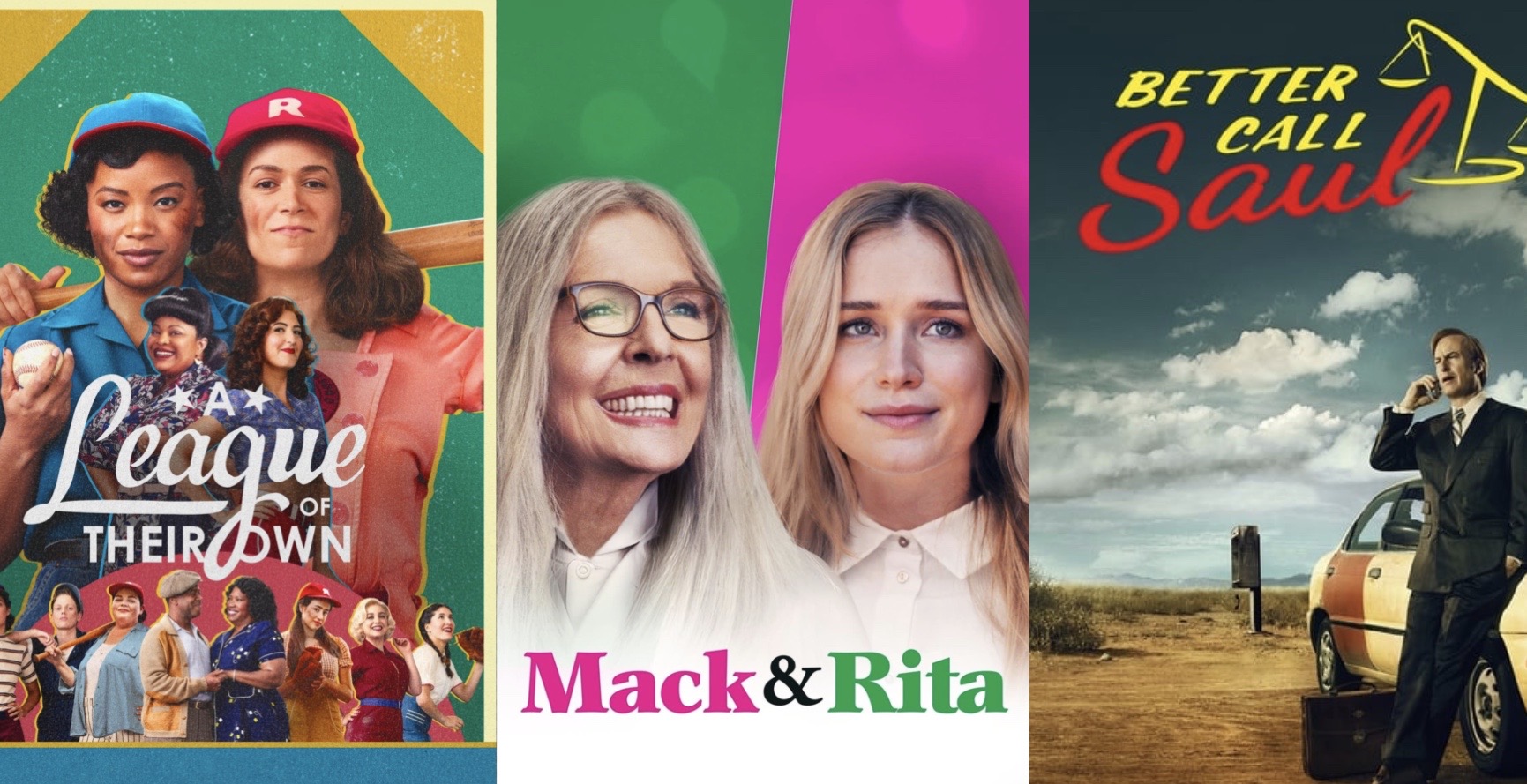 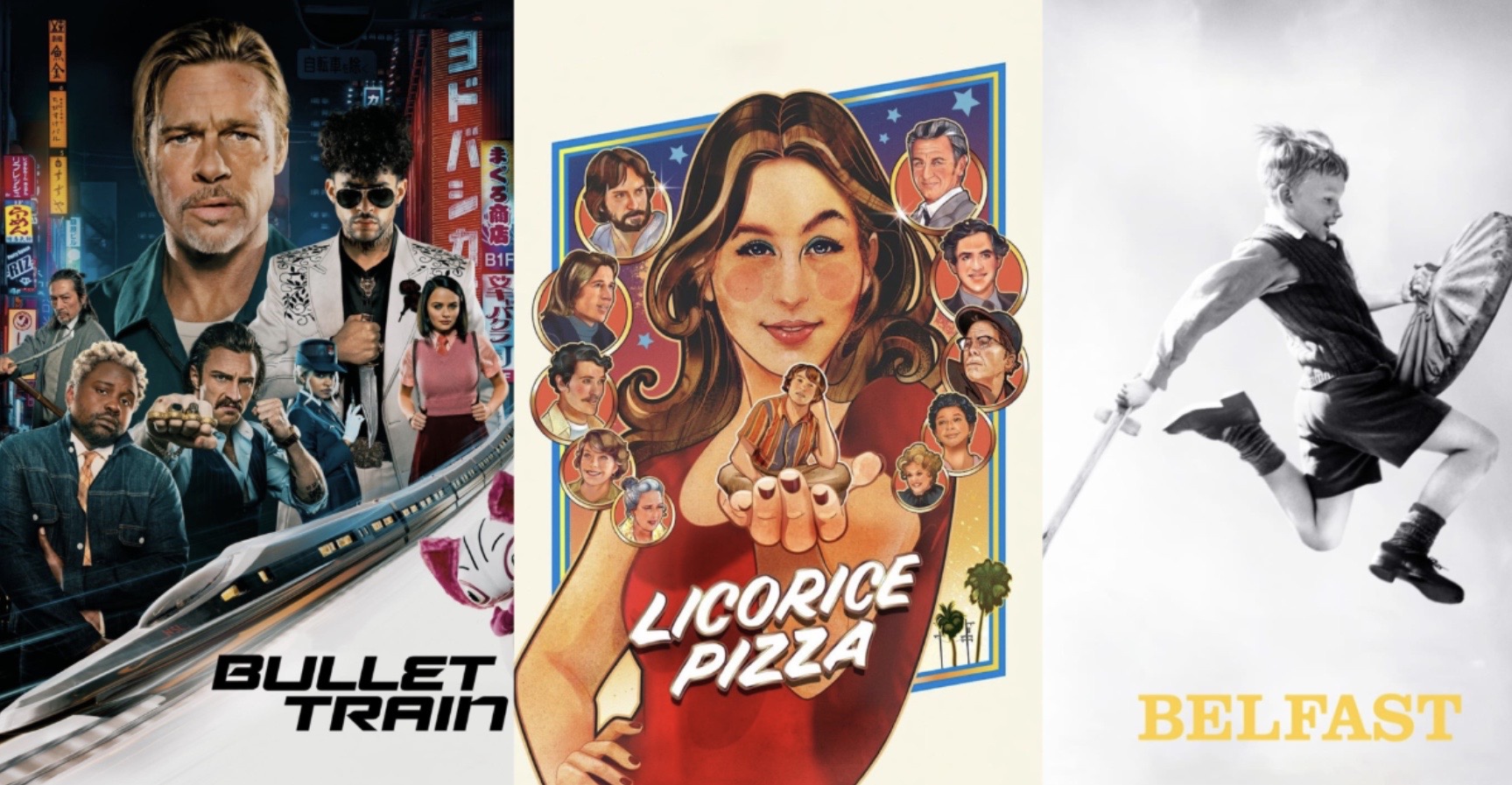