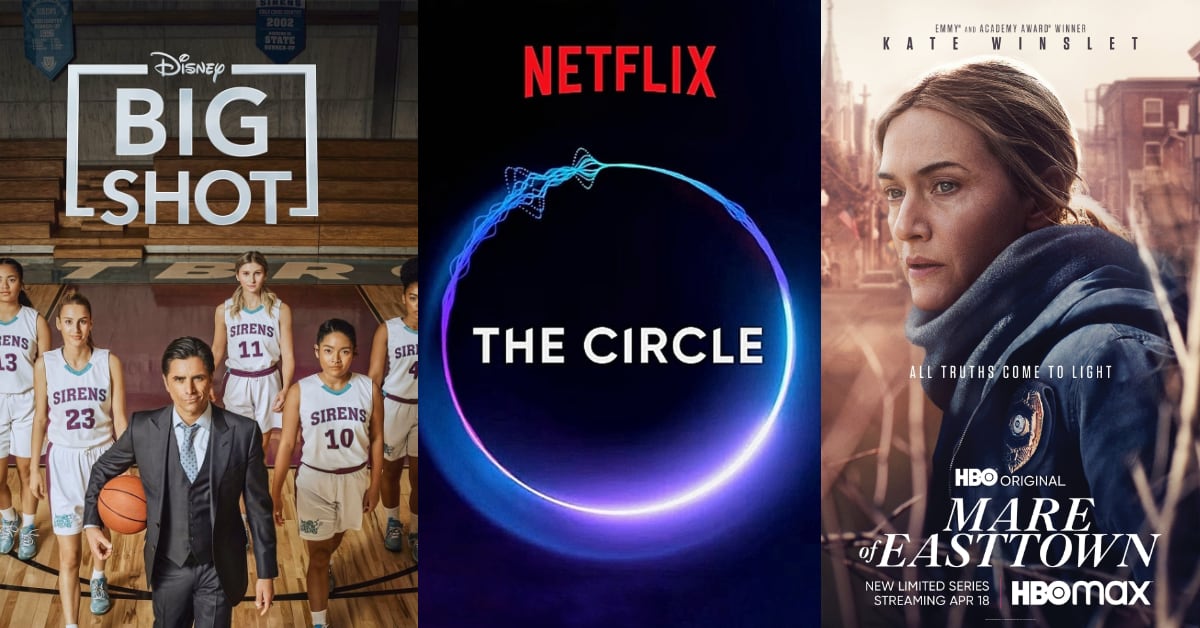 He’s COACH Uncle Jesse now! In this new Disney+ series, John Stamos plays a disgraced men’s college basketball coach who ends up coaching a girls team at an elite private school. The series is co-created by TV pros, David E. Kelley, Dean Lorey, and Brad Garrett so you KNOW you are in good hands. So far, reviews have indicated that this feel-good sports dramedy will have you cheering in the stands! This is one you’re definitely going to want to stream!

Circle, send heart emoji! Remember watching the first season of “The Circle” and thinking how crazy the concept of being confined to your own room and only communicating via social media was?!? Well, now that we’ve ALL lived that life for an entire year, the show is BACK for a second season! Tune in for more catfish hijinks, budding friendships, AND an appearance from Chloe, star of another Netflix reality show, “Too Hot to Handle.”

A small Pennsylvania town, a gloomy detective, one young girl murdered, and two more disappearances that are most likely related… if it sounds like you’ve seen this show before, you PROBABLY have. That being said- you’ve NEVER seen one starring the incredible Kate Winslet! (Also, special shoutout to Jean Smart who plays her mom!) Beyond being a pure crime drama, this series is more of a character study of the inhabitants of the town and an exploration of grief. Take the trip to Easttown- you won’t regret it.